June 28, 2013
Playground Blessing!
We are always overjoyed at how much more God can bless than we ever expect!   In 2012 some friends found a fiberglass manufacture who would make a slide for the children at their home.  We were amazed when we saw it!  Usually slides here are made of metal and are so hot they can not be played on a good portion of the year.  Of course for anything made special  like this slide, it cost a lot here in Kenya.  We admired it from afar knowing that the expense was too high.  Then Dad Horace began to pray!  He remembered that God had always given us a high vision for what He wanted for these children, they are not orphans but His own children, as we teach them " You are the Children of the Most High God!"   And that is how it began!

1st we received a notice that the dance team " Over Flow " from River City Dance School ( River City Church, Lewiston Idaho ) wanted to plan a fundraiser for Tumaini Home.  " Was there anything particular that we needed them to shoot for in the amount they raised? "  Sometimes we need so much we do not know what to say but we prayed and knew Nursery beds were priority to give each baby their own bed.  Then we heard God say "what about the slide"?  We were so humbled,  and we asked again because it just did not seem practical to ask for a slide but we heard it again so we put it on the list and decided to let the team decide what they would like to raise money for.  Again we were amazed!  They decided they would go for both needs.

So after the funds were raised and sent ( we want to thank all the parents who took advantage of the " Play Day " held at River City Dance School to benefit Tumaini Chidlren's Home you blessed us so much! )  Dad began the purchasing of materials to build the beds.  Unfortunately materials had gone up, like they do here and the cost to build the beds were higher than we had estimated prior.  We would have to save and wait for the slide.  Then God moved to bring about His dream! 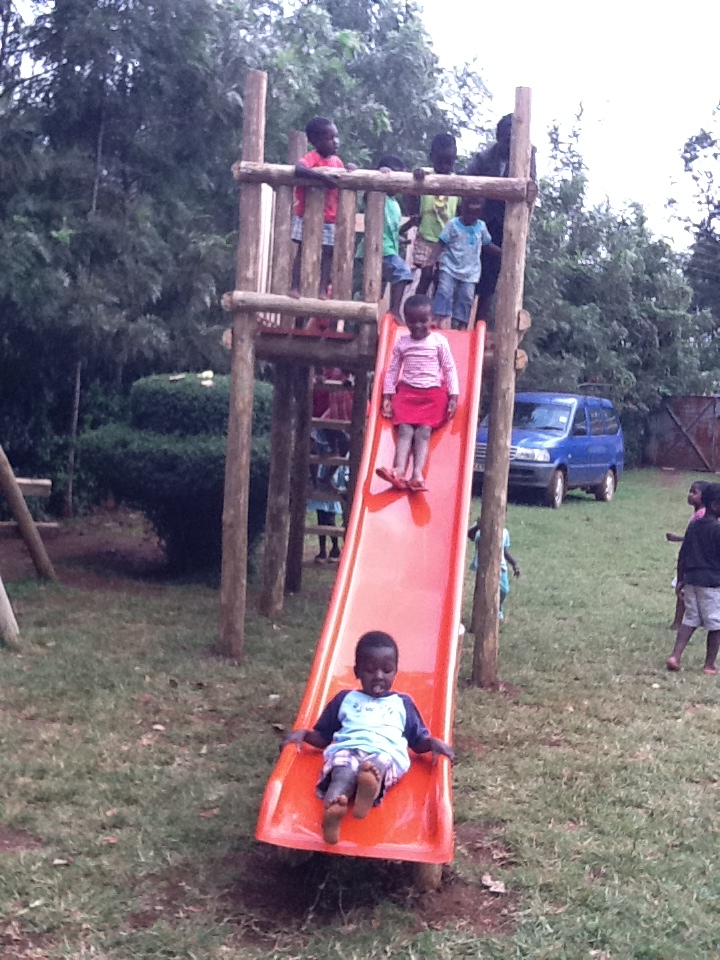 God brought some great new friends ( Dave & Linda Munsie ) and they had a friend who had noticed the lack of Play areas in Children's Homes and wanted to help by donating monies.
Early this year we were told that they would like to purchase the slide and it was ordered.  The money that was available was enough to purchase the slide and a bit more, put together with what we already had, we were able to have the amazing slide put up and added on to the swings we already had.
Then God moved again and another friend blessed us and completed the miracle and what you  see is the play area Dad Horace has always dreamed of giving our children here at Tumaini.
Dave Munsie and Scot Spooner went to work to see it happen thank you so much guys for putting the hammer to the wood, with  help from their apprentices Troy and Dannon Leister and Dad Horace of coarse.
This is the play area that has been in Dad Horace's mind and heart ( placed there by God's own heart, I believe ) since before we came to Kenya.  It has several different features that are made specifically to develop certain areas of the mind and physique.  All the children will benefit but  Brighton's development really flourish  being able to swing and climb on some of these toys will not only be a joy to him but will help in his challenging development issues. 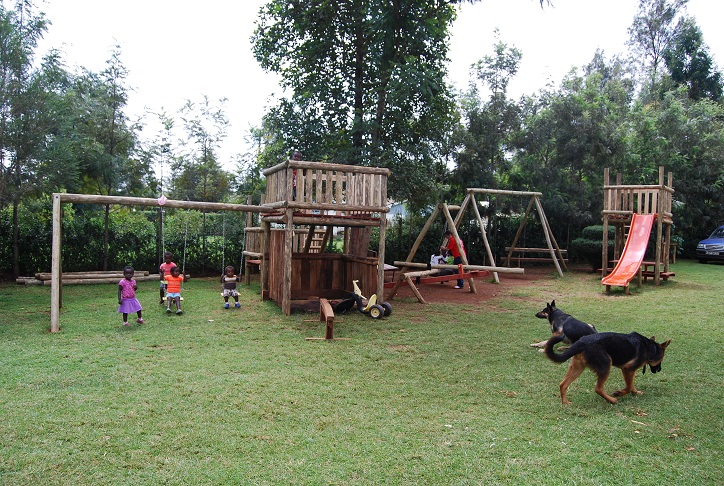 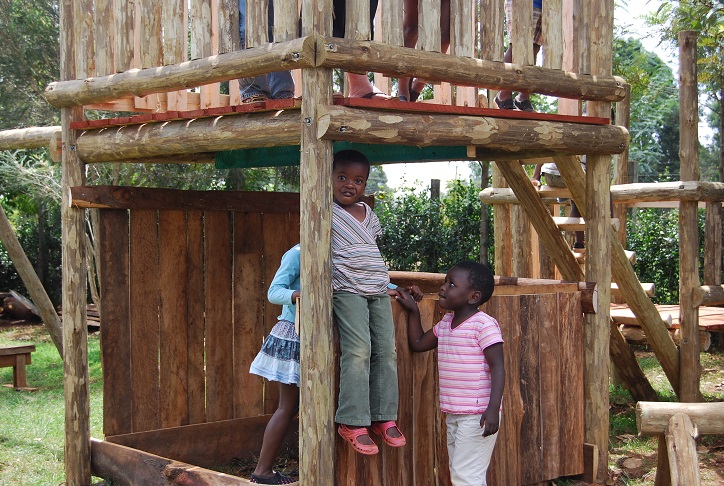 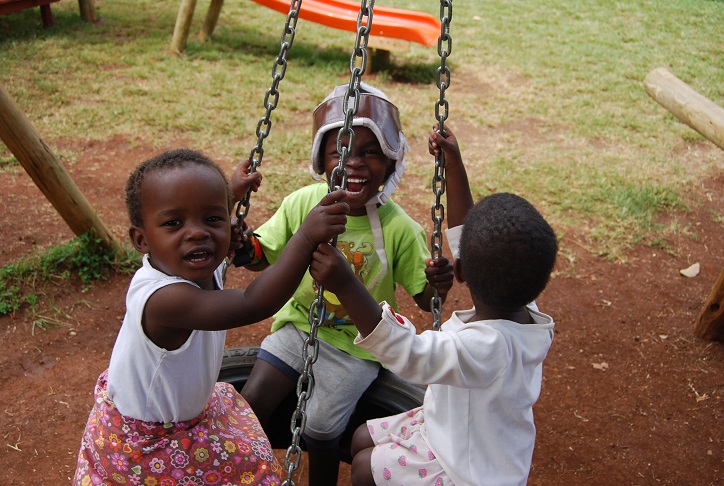 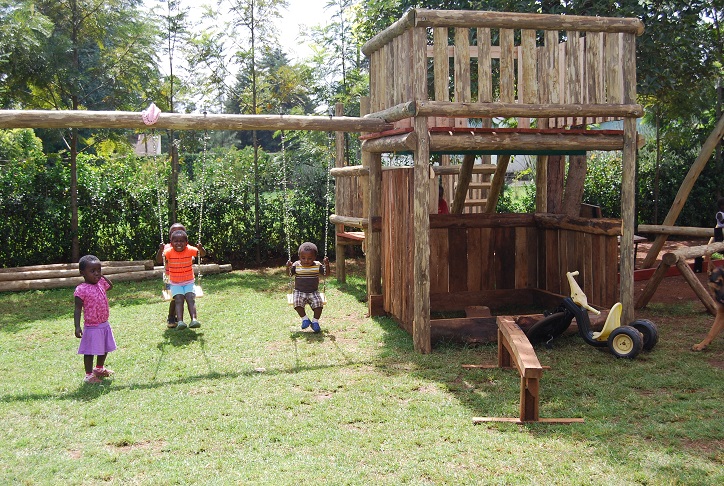 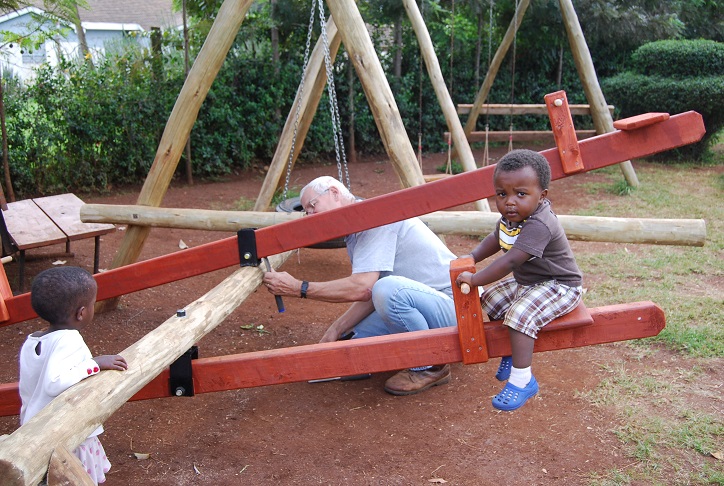 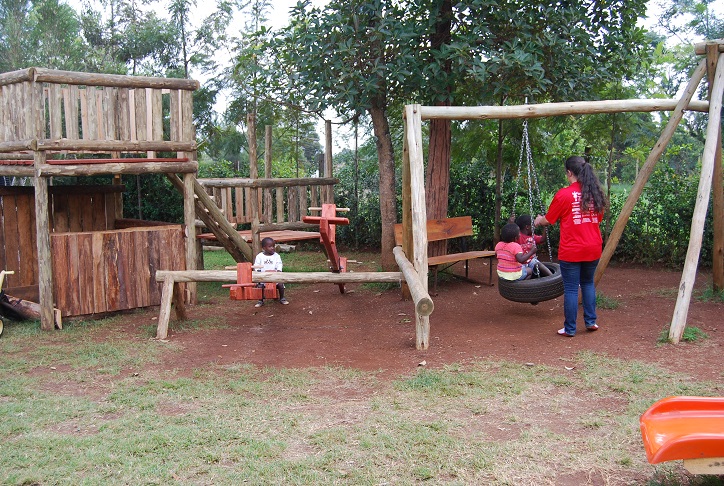 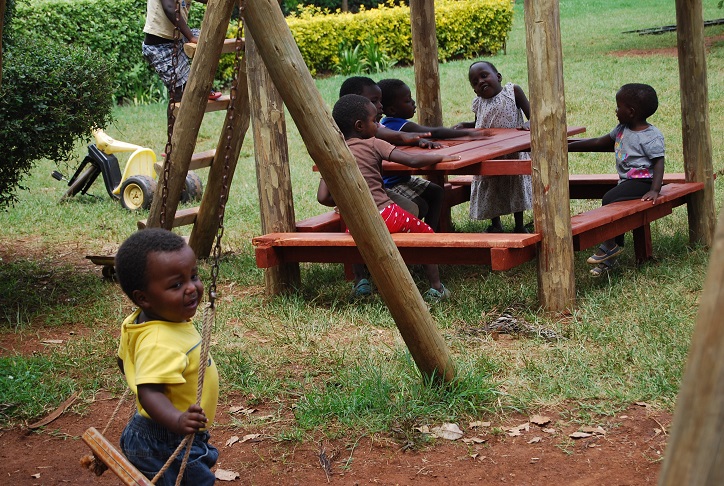 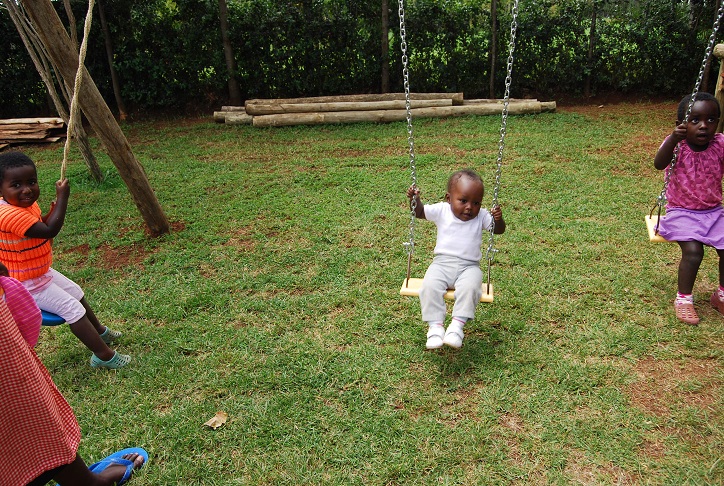 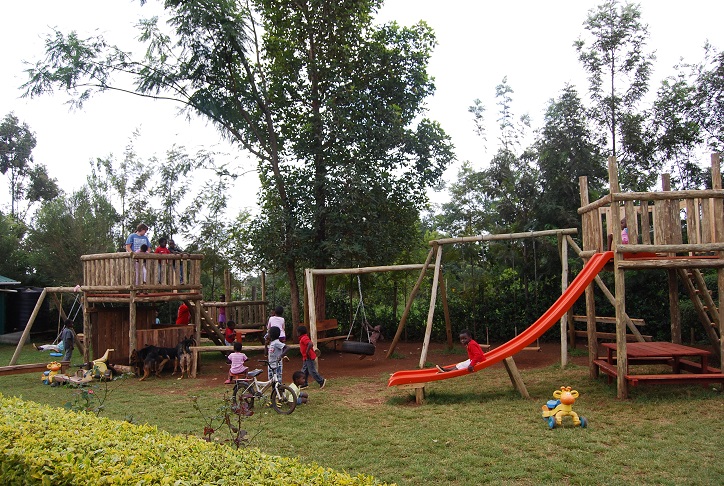 We are overwhelmed with God's loving desire to see these children blessed in the biggest ways and so humbled by all you who listen to His call and give from your hearts to see it materialize!  There are many more who are directly responsible for making this dream come true from " Hope Chapel Lewiston" and the UK, we hope you know who you are and we thank you from the bottom of our hearts!
The children are amazed with how big God is in their lives and overjoyed at the love that is shown in such a project for them.  We are so thankful because this is our goal here at Tumaini, that the children will know by experience not just words that they are a purposeful part of the larger loving Family of God!
We Praise God blessings flow both ways!  Thank you to all who give and pray to see this Home continue to be a beacon of our Heavenly Father's Love!  www.tchkenya.com﻿ 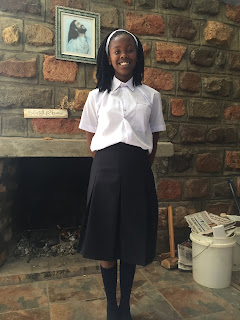 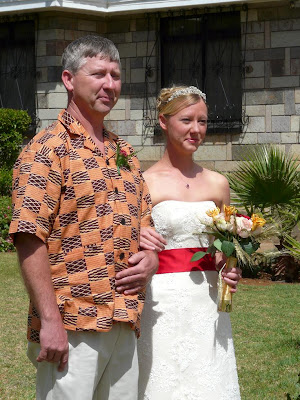